Recently, the decline of natural resources along with the negative impact of industrial wastes on the environment have forced to review the traditional productive and economic model. It is unfeasible at a medium term and from many social areas including the business sector, there is a new emerging philosophy, based on a relatively recent but well-known term which is circular and sustainable economy.  Basically it intends to make the most of the available resources using different ways such as valorization.

The BlueHuman project is developed in the field of marine resources valorization _including fisheries by-products, and using the tool of blue biotechnology aims at improving the current procedures and 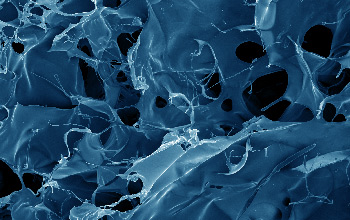 obtaining high added value products in biomedicine. As far as blue biotechnology potential is concerned, defined by the OECD as the application of science and technology to living organisms, as well as parts, products and models thereof, to alter living or non-living materials for the production of knowledge, goods and services, offering the industry new opportunities to further develop significant competitive advantage, stimulate growth and create new jobs by exploiting the potential of marine biological organisms.

In line with the principles that advocate an advance towards a circular economy, where the value of products, materials and resources is maintained in the economy for as long as possible, and the generation of waste minimised (European Commision, 2015), the use of by-products from fishing and aquaculture is an opportunity for the Atlantic Area given the relevance and dimension of both industrial sectors in this geographical and economic area. Apart from new biocompatible material the ocean holds thousands of biological matters, interesting for the bioengineering and health products sectors. Likewise ocean waters from the Atlantic Area mean a source to be exploited for biomedical purposes. In fact, one can say that the health sector, which targeted marine-derived molecules as new pharmaceutical entities, continues to emphasize the potential of marine biomass in drug discovery; filling gaps that more traditional sources of small molecules have not been able to fill.

The BlueHuman Project, leaded by Prof. Rui L. Reis from the 3B’s Research Group of the University of Minho, is funded under the European Program Interreg Atlantic Area 2014-2020. It started in January 2018 and will last till December 2020. With a budget of 2.5 M Euros its partnership is made up by 14 organisms from the 5 Atlantic Area countries. There are three companies, eight research groups and the other three, participating as associated entities, represent the administration.

One of the project’s singularities apart from its approach towards innovation or the great presence of industry might be that the participation of companies and research groups is already defined from the very beginning of the project. It comes from a series of work lines whose goal is maximize the available resources and search for results certainly usable in industry to a greater or lesser extent.